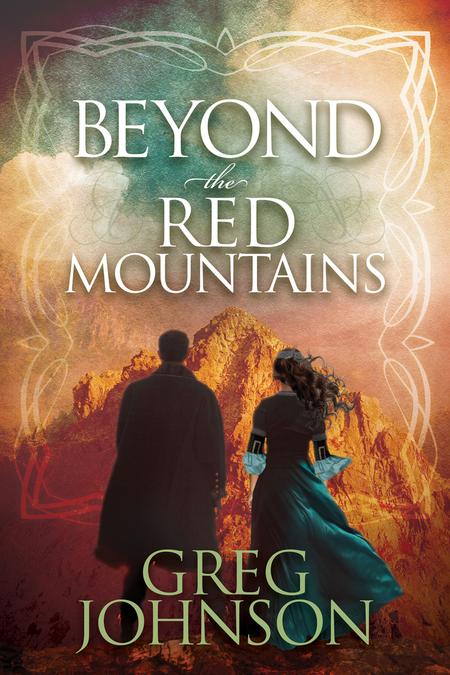 Beyond the Red Mountains

Beyond the Red Mountains by Gregory A. Johnson is a fictional fantasy adventure novel that follows the lives of two different protagonists that eventually meet and blend their stories into a captivating tale of adventure, friendship, and love.

The novel begins by telling the story of a young man named Kelvin Drake, whose father’s political superiority in the city of Triopolis seems to always overshadow every part of Kelvin’s life. While working for his father in the town hall, Kelvin finds an old journal that unleashes his curiosity of the “Dark Ages” of the past; a time where sorcery and war wiped away every other civilization in existence, as far as the citizens of Triopolis know.

The story then switches view to another city named Westville, where the young and beautiful noblewoman Elizabeth has just married into the royal family, even though she recently discovered that her new husband’s biggest secret will never allow her to live a normal and happy life. Knowing her fate only makes Elizabeth long for excitement and adventure.

When Kelvin leaves his father’s employment to become a fisherman with his closest friend Henry, he believes that he and his friend can possibly uncover the dark secrets of Triopolis’ past, but soon after discovering the first clues, they are swept away in their boat by the sea waters in a wild storm that takes them to a place they never knew existed, Westville.

When Kelvin, Henry, and Elizabeth meet, they begin to realize that the elders in both of their cities have kept secrets from them that could possibly release another dark age of war and violence. With the guidance of the kind high priest, the three form a pact of friendship and begin to search for the knowledge that may save them all.

Beyond the Red Mountains is a novel that I couldn’t stop reading. Being a huge fan of adventure stories, I was immediately captivated by Johnson’s story. Although the first passages of Elizabeth’s story had me very confused at first, I was quickly able to understand how Johnson’s first novel was meant to be told.

I really enjoyed that there were two different protagonists in the story that had their own separate strengths. At first, I thought that the story would be strictly told from a third person point-of-view centered on Kelvin, but the addition of Elizabeth’s story added depth to the novel.

I was also impressed by Johnson’s ability to create deep relationships between multiple characters that readers would never expect. After discovering that other cities do exist, the characters also discover that there are relationships amongst themselves that they would have never known if they’d never met.

Johnson was adequately able to create a novel for a large variety of readers. I would recommend this novel for any fans of fantasy, adventure, or romance novels. I will be waiting to read more from Gregory A. Johnson.