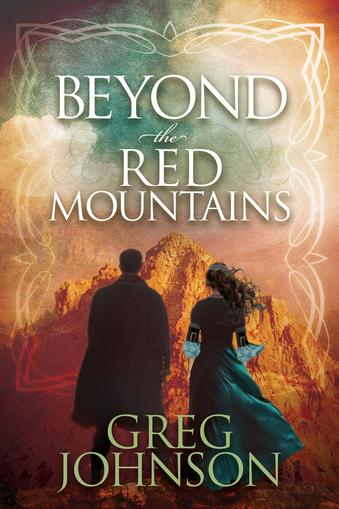 Excerpt from Beyond the Red Mountains

“This is not good,” replied Henry, and then he looked to the sky with a sense of foreboding. They had been so busy reeling in the fish that they hadn’t noticed the stiff breeze and the darkening sky.

A storm was brewing, and it was almost on top of them and moving quickly.

They furiously worked their oars, trying to outrun the storm, but it was no use. They were moving farther away from the bay. The strong current was taking them east. The waves were rising higher and higher as the wind whipped them into a fury.

They brought their oars into the boat at the same time, realizing that their attempts to paddle were futile. There was no hope of overpowering the turbulent water. They were now at the storm’s mercy.

Henry yelled, “Use the fishing line to tie the oars to the seats!” He knew the last thing they wanted was to be without oars when the storm subsided.

The storm’s fury was unbearable. Waves crashed down on the boat and the sound was deafening. They were now lying on their sides facing each other, their arms wrapped around one seat, their legs wrapped around the other as they held on for their lives.

The ocean would decide whether they lived through the storm. Waves tossed the little boat from side to side at will. Henry looked at Kelvin as if to say, “This was a mistake.”

Looking at each other, they wondered when death would come. A huge wave twenty feet higher than the boat came crashing down on top of them. It hit with the force of a twenty-foot oak tree. Then everything was black.